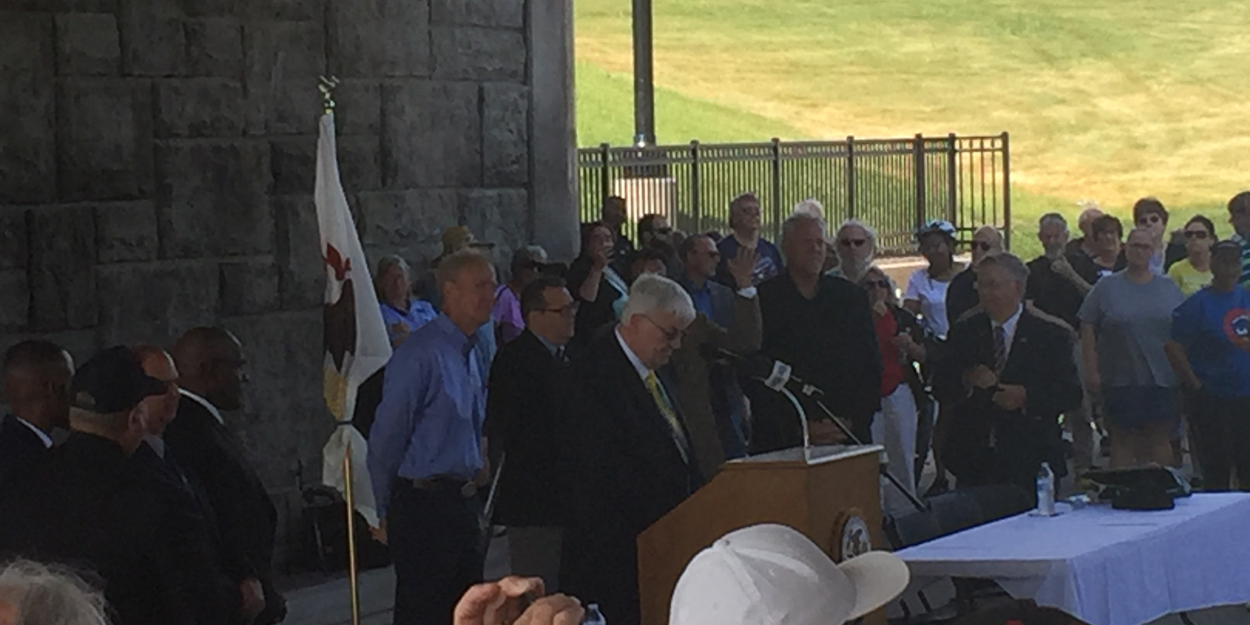 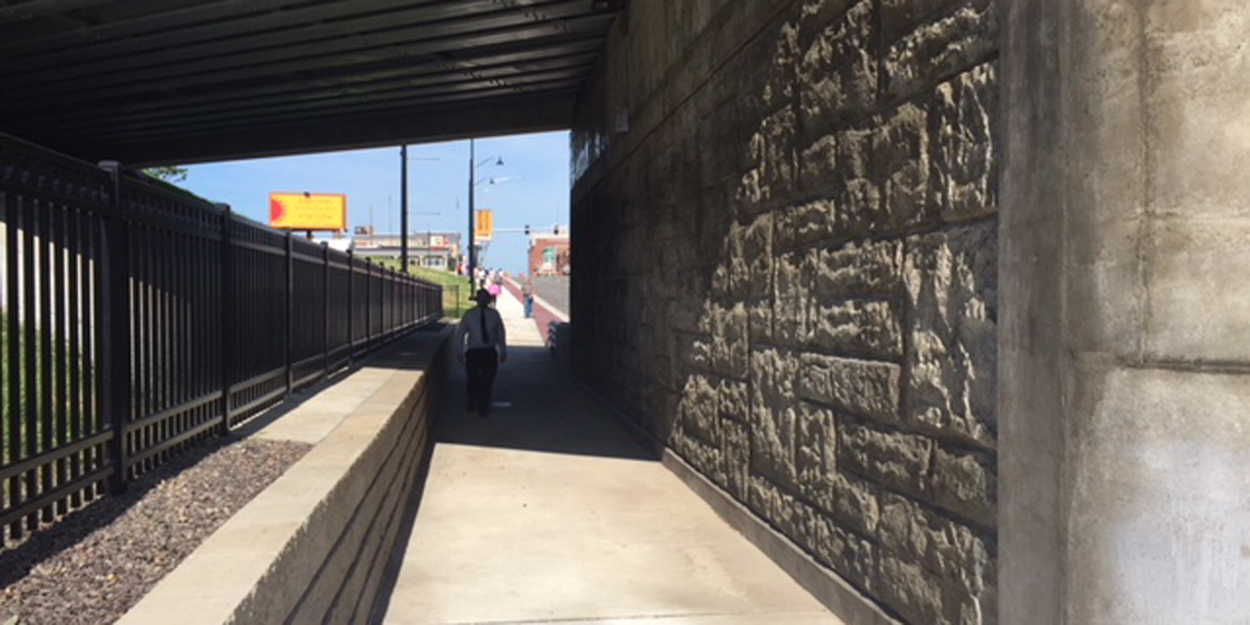 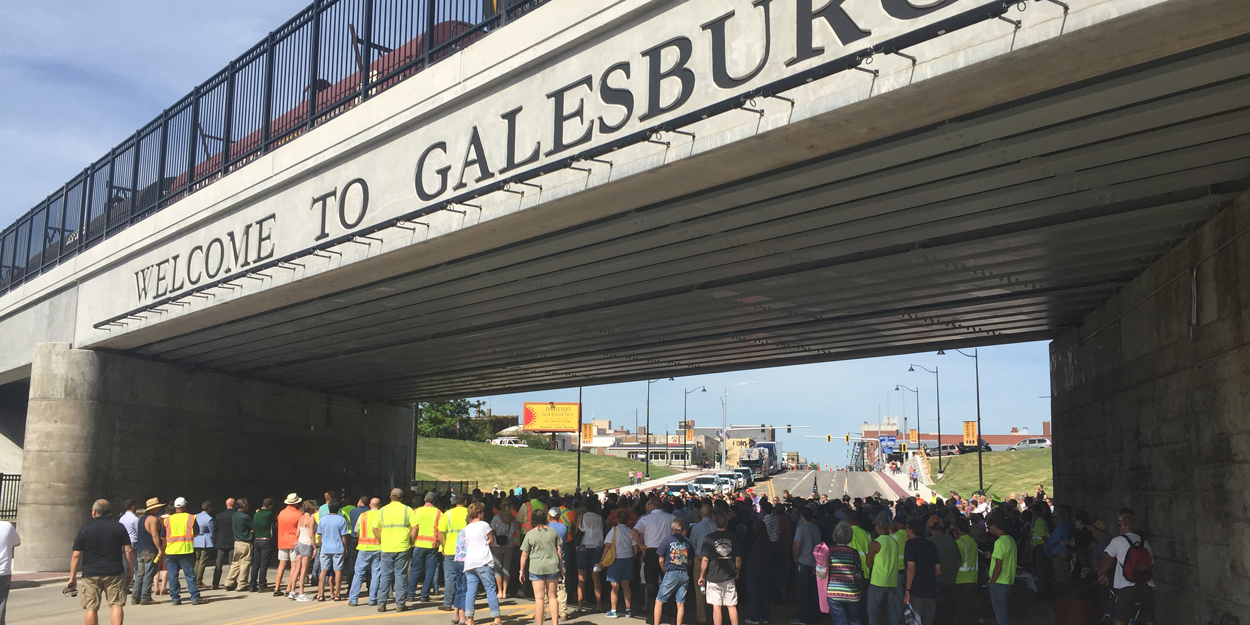 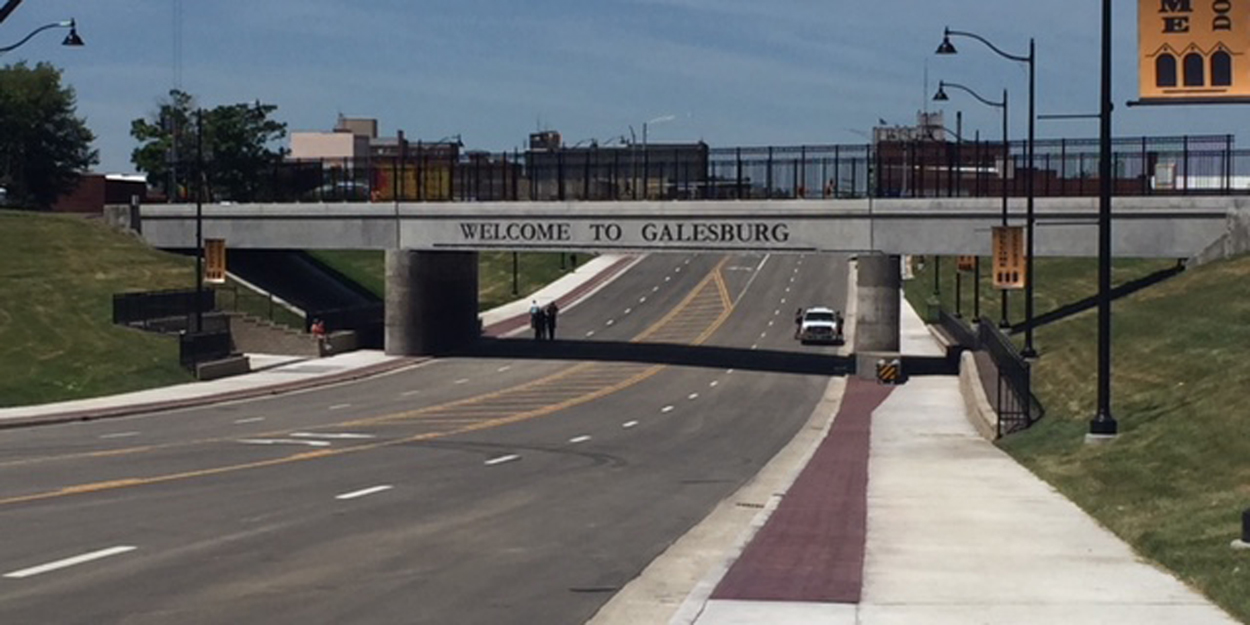 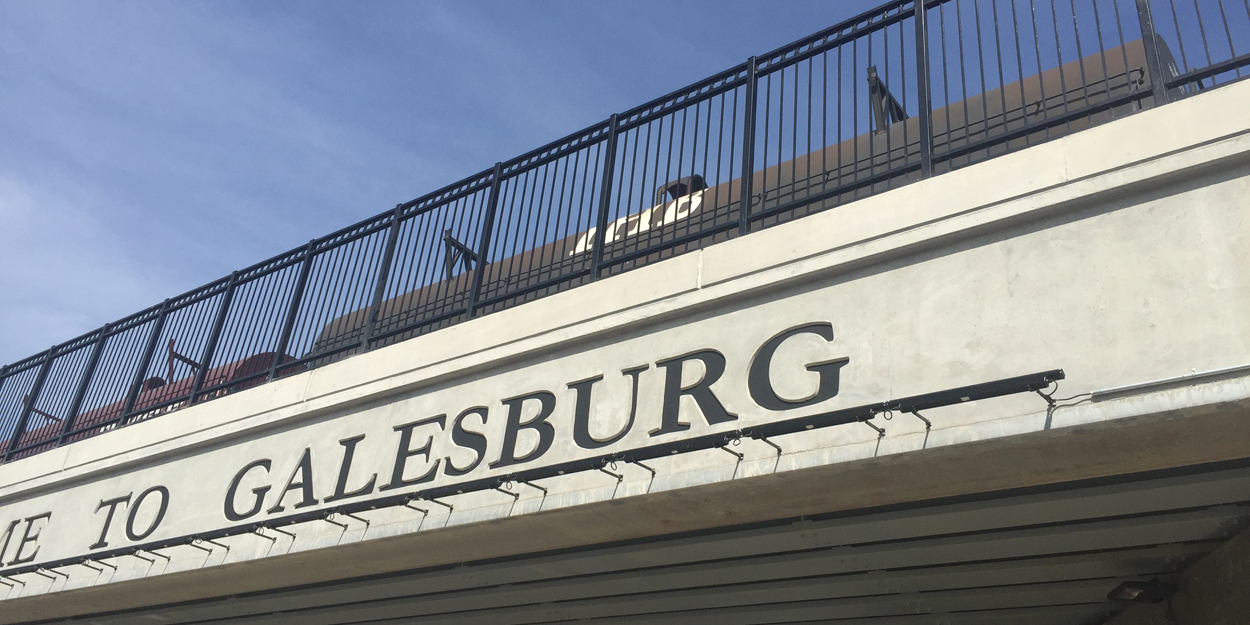 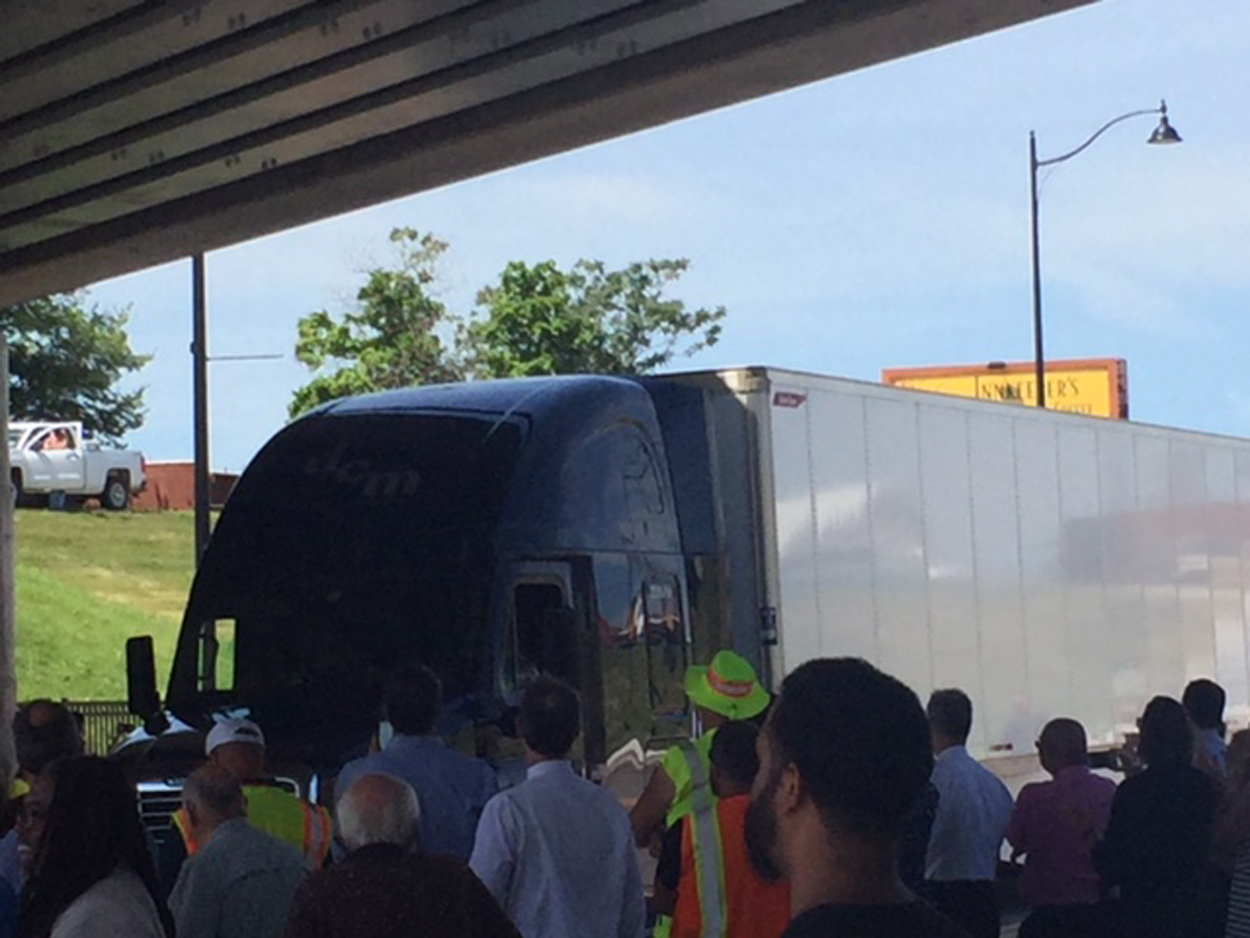 July 2018 – Officials in Galesburg, IL opened the Rev. Jon A. Sibley, Sr. Underpass at a much-anticipated dedication and ribbon-cutting ceremony on July 18. East Main Street is a five-lane roadway that now runs underneath three BNSF railroad tracks. The new $27 million underpass features pedestrian facilities on both sides of the road, retaining walls, underpass lighting, and a pump station to ensure the roadway doesn’t accumulate water.

TWM’s role was to serve as a railroad liaison to IDOT, during IDOT’s construction observation activities. BNSF Railway required two of the three railroad tracks be operational at all times during the two years of construction.

Gov. Bruce Rauner and Galesburg Mayor John Pritchard gave speeches to a crowd of over 300 attendees which included members of Rev. Sibley’s family, state and local officials, and representatives from BNSF Railway. The underpass was dedicated to Rev. Sibley to recognize his life of service to the Galesburg community. Sibley served as pastor of Full Gospel Church and served in numerous community organizations, including the Illinois State Police, the Galesburg chapter of the NAACP and the Knox County YMCA board. The dedication concluded with a demonstration of an 18 wheeler driving underneath the underpass to prove to residents the clearance height will allow for even the tallest vehicles.

BNSF Railway, IDOT, and many other government entities contributed funding to ensure this project was a success.