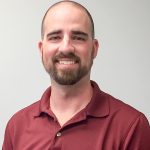 Unmanned Aerial Vehicles (UAVs) have been around in the surveying industry for almost a decade now – in its earliest adoption, requiring a Section 333 Exemption and a Part 61 airman certificate from the FAA to operate UAVs commercially from 2014 to 2016. This was a complicated and difficult process to go through, and the upside was relatively limited to surveying departments. In 2016, the FAA announced a new path to legally fly UAVs for commercial use, called 14 C.F.R. Part 107, or commonly called a Part 107 Certificate, which are the current rules for operating Drones in the US. DJI, the global leader in the UAV Market, helped pioneer the adoption of drones in surveying by releasing low cost, easy-to-use drones. The Phantom series drones were one of the largest contributors to getting mapping into the hands of surveying professionals, and today is still one of the workhorses of UAV Mapping with the DJI Phantom 4 RTK.

UAV Mapping
Many ask how surveying and mapping can be done from imagery taken from UAVs. A process called photogrammetry involves the planning, execution, and processing of overlapping imagery to determine the 3D locations of points on the ground. The problem with this is that you have to see the ground, or whatever you are mapping in multiple photos, to be able to accurately identify the feature you’re trying to map. Photogrammetry is by no means a new science, nor is it restricted to drones. Manned aircraft are historically the platform by which overlapping aerial imagery was taken, principles of photogrammetry applied to, and contours generated from. Contracting a manned aircraft to use a 7-figure sensor on a 6-figure airplane can blow budgets out of the water. However, with the availability of affordable UAVs, powerful processing software suites, and an ever-growing demand for surveying, (while there is a decrease in supply of surveyors – a different topic altogether), UAV mapping has become a powerful technology to help expand surveying and geospatial departments.

Aerial LiDAR – An Innovative Game Changer
Photogrammetric mapping projects can be successfully completed with very simple (affordable) equipment. You’ll need a drone to take pictures, a free mobile app to control the flight plan and trigger the camera, a survey-grade GNSS to set Ground Control Points (GCP’s) and Ground Truthing Points (GTPs), and a standalone software or a cloud subscription to process the imagery into 3D data. All-in, you could be mapping for under $5,000. You’ll also need the know-how to take all of those (relatively) cheap items and put it all together to make an accurate mapping deliverable. That’s where the need for experience, education, and testing surfaces, and that’s the expensive part. You’ll also need to select your photogrammetric missions carefully – if anything is obscured by vegetation, you likely won’t get data down to “bare earth” and that will need to get surveyed conventionally. Additionally, sometimes there are still inaccuracies in the point cloud due to shadowing or changing sun conditions. These are some of the reasons TWM has chosen to invest in another, superior, but more expensive technology called LiDAR (Light Detection And Ranging).

LiDAR has found its way to UAVs by miniaturization. LiDAR mapping, like it’s imaging counterpart – photogrammetry, has historically been collected from a manned-aircraft platform. LiDAR has been a game-changing advancement in the UAV and Surveying industries. Simply put, laser pulses are sent to the ground from the LiDAR sensor, which knows the angle at which it sent a laser pulse and how long it took for that laser pulse to return to the sensor, and using the speed of light it can calculate the distance from the LiDAR sensor. Each of these laser pulses can partially hit objects (think leaves twigs, etc.) and continue along its path until it hits a final return – hopefully ground. The culmination of all the points collected from the LiDAR system is called a point cloud, and is usually in the hundreds of millions of discrete points.

Surveyors are tasked with a very wide range of projects – one day it could be to collect inverts on sewer and storm structures, another day, it might be high precision monitoring. Many projects, however, require a topographic survey and often have areas with vegetation obstruction. That is where LiDAR on a UAV can really shine, and where TWM finds it has a very large potential for increasing efficiencies in data collection.

Precision Point Clouds
A LiDAR UAS (Unmanned Aerial System) can be a bit more complicated than a drone with a camera, because when you put a precision instrument, capable of measuring distances to millimeters, onto a drone where gusts of wind can move the system, you need to be able to track where that LiDAR sensor is, and in what orientation (pitch, roll, and yaw) – the system that does this is called an Inertial Navigation System (INS), which is comprised of a series of gyroscopes, accelerometers and GNSS receivers. The need to know it’s precise position and orientation accurately, can really drive the cost of a LiDAR UAS up, as if the LiDAR sensor itself didn’t do that already. There are definitely some cheap systems on that market, and in the LiDAR UAS industry, you really get what you pay for. The LiDAR sensor and the INS together are what drives how accurate and precise the final point cloud is. LiDAR systems that do not have a high degree of precision tend to generate noisy point clouds that may have a “thickness” of almost half a foot, even on hard surfaces – that is the spread of the series of points in a small area. If you have a slice of a point cloud that represent a surface, the actual surface could fall anywhere within that spread of the point cloud. Moving off of a hard surface and onto a soft-surface, you could see more than three-quarters of a foot of point cloud noise. Surveying typically involves generating surfaces contours at 1-foot intervals, which requires accuracy better than the half-foot thick point clouds that these cheaper LiDAR systems provide. This brings up a debate on whether some of these cheaper systems can really map a project area with 1-foot contours.

Transform Your Next Project
TWM started its venture into UAV Mapping with the DJI Phantom 4, but has since expanded our mapping operations to using DJI Phantom 4 RTK UAVs for photogrammetric missions and DJI M600 Pro and Freefly Alta X UAVs for LiDAR acquisition missions. While the Phantom 4 RTK has a built-in camera, the LiDAR UAS requires a semi-custom integration. TWM currently operates a Phoenix LiDAR Ranger-LR system, which has one of the industry’s best LiDAR sensors and allows our Geospatial Department to maintain our need to collect precise, accurate data.

LiDAR mapping has changed the way our Geospatial Department approaches projects and we are always looking for an excuse to fly a project using this technology. It has allowed TWM to provide a better product to clients – either by delivering a point cloud, or by allowing us to have less interpolation between elevation points, while also providing a much more cost-effective option than done in the conventional way. This is just one of the ways TWM has continued innovating, improving, and investing to provide Exceptional Service. Nothing Less. 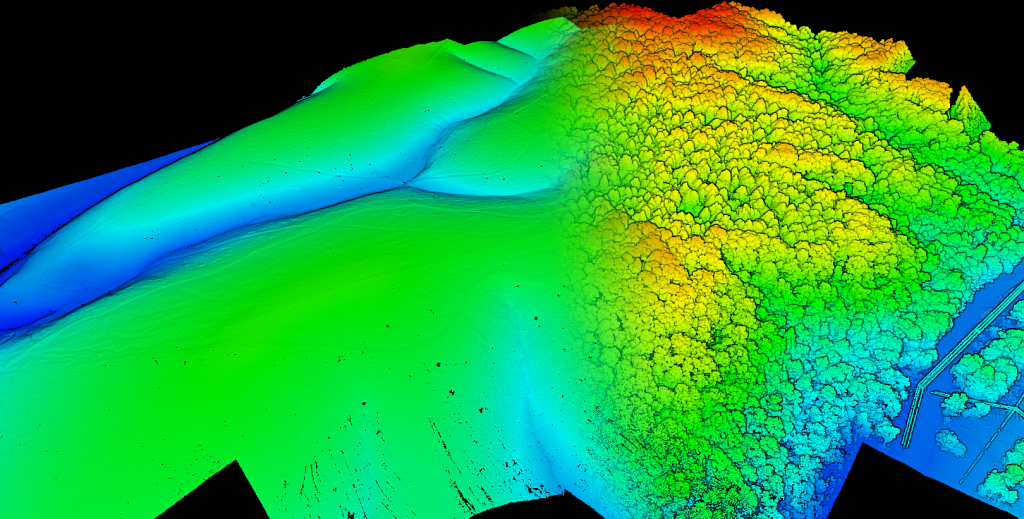