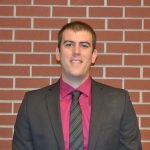 Large rainfall events and the flooding they’ve caused have been highly publicized over the last decade, and the Midwest is no exception. The Illinois State Water Survey has noted that annual rainfall amounts are increasing and that these heavy rainfall events are becoming more frequent, particularly in the spring and summer. Across the state of Illinois, there were three events in 2021 that exceeded a 500-year storm (i.e., a 1-in-500 chance of this rainfall event happening each year). 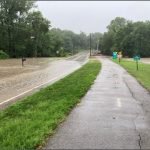 Old Collinsville Road at Richland Creek near TWM’s Swansea office on the morning of July 26, 2022.

On July 26, 2022, the St. Louis Metro area witnessed its largest daily rainfall amount on record. Data from the Metropolitan St. Louis Sewer District showed that a significant portion of its coverage area received rainfall in excess of a 500-year event. The effects of this event were shown in detail throughout the St. Louis Metro Area; whether it was the submerged Forest Park-DeBalieviere MetroLink Station, residents wading through floodwaters to escape their neighborhoods, or bridges being overtopped, news outlets were able to capture the numerous disruptions to life within the Metro area.

As the floodwaters receded and the region began to clean up, engineers took the opportunity to examine their design practices. The majority of storm sewers within MSD’s coverage area are designed for 15-year events while most Metro East communities’ requirements range from 10- to 25-year events. Detention ponds are often designed to handle 100-year events with at least a foot of freeboard between the maximum water surface and the top of the berm. Over the past few years, the defined rainfall values for these storms have shifted with the publishing of Bulletin 75 (see chart at right) from the Illinois State Water Survey. Notably, Bulletin 75 dropped the 24-hour, 100-year rainfall amount in the Metro East but showed increased rainfall values for more frequent, shorter duration storms.

Controlling these rainfall events and protecting infrastructure, homes, and properties from the effects of increased flooding often requires a more conservative approach than the governing requirements. Storm sewer sizing assumes flows can enter the system freely, but inlet openings can become clogged, particularly in heavy storms that carry debris. From a site development perspective, a proper overland flow path to carry heavy runoff through the site is critical to protecting surrounding areas. Similarly, low-flow openings in detention outlet structures can be blocked with grass clippings or other items as basins fill. Analysis scenarios of a detention pond with its lowest opening blocked can provide a level of comfort for engineers and developers alike that these ponds will remain functional without endangering nearby properties in larger rainfall events. 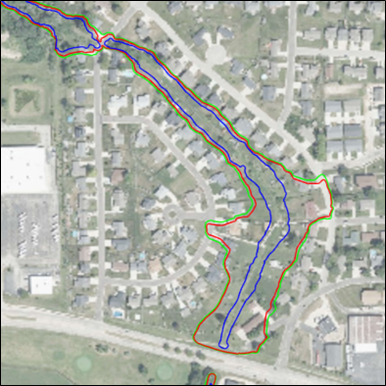 Additionally, GIS mapping has offered the opportunity for municipalities to generate better graphical depictions of flooding limits. Recently, TWM partnered with Fehr Graham to perform a comprehensive drainage study for the City of Washington in Illinois. In July 2020, Washington and the surrounding area received nearly 6 inches of rain in 6 hours, a 100-year rainfall event. Numerous homes and businesses saw floodwater disrupt their daily patterns and, in some cases, damage properties and buildings. Through the use of LiDAR, GIS, and advanced stormwater analysis software, TWM and Fehr Graham were able to delineate ponding limits throughout the City during various rainfall events and prepare conceptual project scopes for the City to address its most flood-prone areas in future City budgets.

As rainfall patterns change and the effects of urbanization become more pronounced, engineers must also adjust to these new realities. The adoption of low-impact development (LID) in stormwater design promotes groundwater infiltration, limiting the runoff that reaches receiving waterways and providing relief to public storm sewers.

When designing stormwater infrastructure, a conservative design could protect nearby properties in the future as rainfall becomes more variable and adjacent lands develop. While a 500-year storm can never be fully contained, proper design practices can help to mitigate the devastating consequences of large rainfall events and ensure that damage to homes and infrastructure are limited.

TWM’s past experience and resulting expertise make us a valued partner in developing solutions to water resources challenges.

*Figures are provided per the presentation “Current and Projected Changes in Precipitation Extremes in Illinois” presented by Trent Ford & Momcilo Markus at the Illinois Association for Floodplain and Stormwater Management’s annual conference on March 8, 2022.
https://www.illinoisfloods.org/content/documents/2c_current_and_projected_changes_in_precipitation.pdf 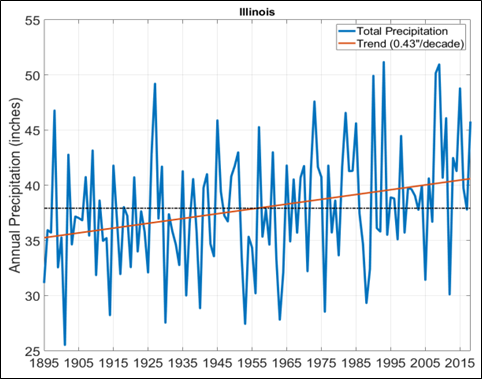 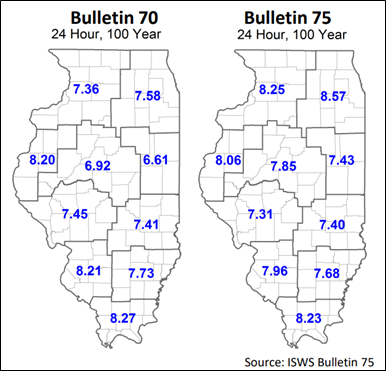 Rainfall comparisons between Bulletin 70 and Bulletin 75, per the Illinois State Water Survey.*